The Internet Computer: A Different Kind of Blockchain Animal 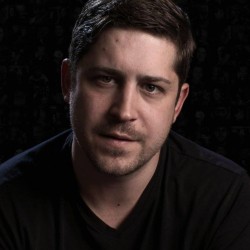 This project may not make sense to the average crypto trader. It's not just a cryptocurrency, not just smart contracts, not like anything they've seen. It’s a whole new blockchain animal.

An outsider's reflection on a month of fear, uncertainty, doubt, & opportunity

Like much of the world, the creative industry is in crisis. Concerts, films, recitals, and even restaurants have accelerated faster into the digital space, a centralized ecosystem of big tech companies taking massive cuts, slowing payments, steering conversations, and adding little extra value.

After directing my last documentary film, I've been on the hunt for solutions that we could use to rebuild the creative industry in a more equitable, more transparent, and more seamless way. I believe in the power of permanent blockchain ledgers and automatic smart contracts for royalty splits, production credits, crowdfunding, shared ownership, and permissionless collaboration, so I started researching the Ethereum ecosystem this spring. I accidentally found the Internet Computer on June 4th.

It's been quite a month.

I believe the Internet Computer project can improve our world (I'll elaborate more in another article), but let me tell you what's in the way.

Anywhere transformative solutions emerge to challenge strong, established players, one of their most effective tactics to slow adoption is to weaponize human psychology and drive narratives using fear, uncertainty, and doubt (FUD).

While researching for my last film about nicotine and innovative movements to help improve the lives of over a billion people, it became quite obvious that these FUD tactics were very effective in confusing the general public, pushing harmful new laws, and slowing adoption. The past month was Deja Vu.

On Redditt, Twitter, and other platforms, I've met many people who've invested their hard-earned money into purchasing the ICP token (the Internet Computer's governance token) and are now distressed after hearing so much FUD.

It's worth taking a deep breath and relooking at what makes this project so exciting for the community & those who'd benefit from a better internet.

For ICP holders, it's important to revisit the fundamentals during times of fear, uncertainty, and doubt.

There is a great team behind it.

Their reputation is on the line. For some, this will be their signature accomplishment. They don't want to blow it. While they may be well compensated, it's important to note that the tech sector is notoriously competitive and high pay is required to get a highly skilled team. The compensation for the team is one of the reasons I trust this project.

The institutional investors who helped launch it are top-notch.

Their reputation is on the line. Yes, they probably did take some profit early when the market excitement overshot a reasonable valuation, but they probably still hold significant long positions. Regardless, it doesn't matter. Their names are on it now, and they will care about that & operate accordingly.

Nobody credible says the underlying tech is fake or overly hyped.

Unlike Cardano or Polkadot (both projects I am also stoked about), the Internet Computer has a fully functional blockchain with smart contracts (canisters), a functioning on-chain governance system, and functioning infrastructure. It is a real project, regardless of what anyone says on Reddit or Twitter.

Analysts are treating the project as a potentially serious disrupter.

The best example is the recent report from Goldman Sachs. There are no guarantees about the future adoption by developers and users, but here are some notes from their professional assessment:

“Another threat posed by the rapid pace of innovation is simply the displacement of current blockchains with more effective ones. As we highlighted in Section I, since Bitcoin was launched in 2009, many blockchains have emerged with much greater capabilities and faster speeds...”

“Recently, a still more ambitious blockchain-based platform, the Dfinity Internet Computer, proposes replacing the current internet with a new paradigm in which all data and applications are hosted in a cohesive manner. Decentralized applications are already being launched with the goal of replacing centralized technology platforms such as Facebook, Google and LinkedIn.“

The best is yet to come.

The only thing that can hold IC back at this point is people losing sight of what's in front of us.

This project may not make sense to the average crypto trader. It's not just a cryptocurrency, not just smart contracts, not like anything they've seen. It’s a whole new blockchain animal.

Many retail investors did get caught up in the vision when it launched and were extremely disappointed with the following drop in value. The complexity of the project lends itself to those claiming it is a fake project/rug pull/scam/etc. Now there is widespread misunderstanding & confusion.

ICP is not a normal coin and going forward will not trade like a normal coin. It is not Bitcoin. The majority of the retail crypto trading world will not embrace it because it takes an investment of time to understand and the uncertainty causes buyers to freeze. This left consistent selling pressure which is why the price consistently decreased over the first month of trading.

Some people out there are motivated to play out a very public drama because of their short positions or desire to accumulate more coins at a lower cost basis. Not everything we read/hear is true (obviously), but the concerted effort appears to some as “truth”. It is not.

Valuation. Due to the unique nature of the ICP token, comparative valuation based on a simple Market Cap metric is more difficult.

With increasing rewards for 8-year locks, ICP is not a normal coin. "Circulation" is difficult to understand with ICP because the traditional terminology doesn't apply well. Many coins are now being used for governance and earning rewards, but they aren't being traded. They are not circulating on the market, but they are still playing a part in valuation & dilution. With new coins being minted as NNS rewards, the number is rising, but the amount locked is also rising. Besides the seed investors, ECT, and airdrops, I personally don't have a clear picture of what is unlocking into circulation.

This post on DSCVR and this post on Medium by DFINITY can add some clarity, but I'm interested in gaining more understanding of the vesting/unlock schedules.

If we only go by the standard "Market Cap" used on CoinMarketCap or exchanges, the total value of the project is way too low.

However, max dilution may offer those interested in ICP a simpler way to look at the valuation. This is the extreme case scenario (best or worst depending on how you look at it), but it is clearer than the current uncertainty.

At the time of publishing, ICP is currently sitting at a ~$19B USD fully diluted market cap. That puts it near the top 10 of all blockchain tokens, which makes sense given the tech/scope/vision. If the vision continues to become clearer and more developed, I see no reason why it can't grow in value compared to other projects that have less transformative potential.

Due to the FUD campaigns, I expect that "big money", more experienced investors, & developers will be the driving force for any significant buying pressure in the near term. They take their time...especially when wading through all the FUD that accompanies a disruptive tech like the IC.

Location. DFINITY is based in Switzerland and I've seen comments saying this is somehow shady. However, this is not odd or abnormal in any way. Many global foundations are based there due to simpler regulations for non-profit organizations. Look at where other blockchain foundations are based: Cardano, Tezos, 58+ others. Switzerland.

Profit. Seed investors, VC's and team members are supposed to make large profits. That's why they take the risk early on. I'm fine if they took some profit during the irrational valuation spike at launch, but now the valuation is more settled and we can get back to a bit more normal market activity. There will be less pressure for ICP holders to sell because there is a much more realistic valuation currently. At one point the fully diluted market cap of ICP was more than ETH. That was unreasonably high.

Decentralization. The tech needed to run a decentralized project like this will not be run in people's bedrooms. This won't ever be as fully decentralized as some projects, but that's ok. Doesn't make it evil. On top of that, NNS (which we can all participate in) does control whatever nodes are out there being run by whoever. That is different, but still decentralized. More so as more people buy/lock ICP.

Yes, the Dfinity Foundation & the Internet Computer Association (ICA) do have a big piece of the voting right now (estimated 40%), but that's a good thing. If you don't trust them, don't buy ICP. If you do, then it's probably good they have control at this critical time in the launch. I've chosen to trust them after a month of due diligence.

Things aren't 100% clear, but that's part of the risk/reward equation. More risk means more potential reward (or loss). I believe the upside for society, developers, and investors may be significant, but interested parties need to clear the air first. It's up to all of us who wish to engage with this project to open our eyes, listen deeply, seek the facts, and share in a balanced manner. Otherwise, we risk losing opportunities to transform society into something better.

As always, I am not a financial advisor. Please do your own due diligence, and I'd love it if you'd share what you find. Be careful investing too much in any one project. This is all still risky compared to other forms of investing money. Many people recommend investing only what you can afford to lose. That's not bad advice.

I'd love to hear your thoughts. I'm always eager to learn more.

Bitcoin Integration Coming to the Internet Computer and InfinitySwap

Introducing DFINITY Space Apes: to the Moon and Beyond!

Getting to know Jonathan Ball's PokedStudio

NFTs are here to Stay

Jesse Friedman
You’re sick of hearing about NFTs. I get it. 🙉 However, what if I told you everything you think you…
4 min read Jan 17, 2022
NFTs public

Adam Kantrowitz
NFTs on the Internet Computer had a tremendously successful week. That means I will be scrambling in this article to…
5 min read Jan 16, 2022
Opinion public

Geoffrey Miller
There were no surprises over the past week. The price of ICP held steady between $30 and $35 USD, the…
3 min read Jan 15, 2022
Subscribe
Join the newsletter to get the latest updates.
Great! Next, complete checkout for full access to Dfinity Community ∞
Welcome back! You've successfully signed in
You've successfully subscribed to Dfinity Community ∞
Success! Your account is fully activated, you now have access to all content
Success! Your billing info has been updated
Your billing was not updated